Association de Lutte Contre le SIDA (ALCS), one of the beneficiary of AIR/PORT, runs every year a prevention and testing initiative during the festival of Gnaoua. Along with 4 doctors and 20 volunteers, they inform, distribute condoms as well as test more than 2000 individuals during the 3 days of the festival. Yesterday we went to visit their mobile testing clinic on the Place Moulay Hassan, where the main stage for the festival is. We were pleasantly surprised to see an uninhibited attitude towards getting tested, in fact there was a queue of young people waiting to climb into the truck for their tests. We spoke to the doctors, and they told us that over the last 15 years that they been running this campaign, the attitude has improved tremendously. At the beginning they had to hide in the back streets of the city and people were scared to come and see them. During our visit, we saw lots of young people coming up to them and asking for more information and condoms. ALCS has fought a hard battle to fight the taboos surrounding sexuality and educating the public about the importance of protecting themselves, it is great to see the results. 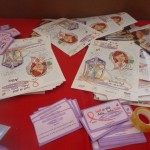 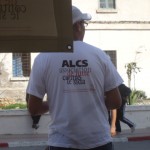 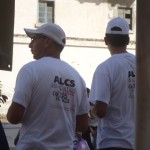 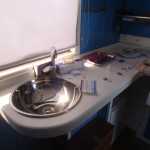 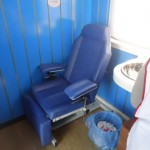 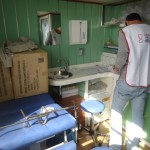